The EU has enacted new food labeling regulations that affect packaged goods as well as the unpackaged products available in farmers markets, restaurants and delis. The rules cover fourteen major allergens and require that they be listed prominently wherever they are used.

Milk is one of the fourteen, so it would appear on a label whenever it, or something made from it, is an ingredient – for example, as in “whey powder (milk).”

This follows on from the new cosmetic labeling regulations that came into effect in the EU earlier in 2014, reflecting a government that is more focused on consumer safety than we are accustomed to in the United States. 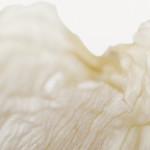